Val, now I know why I had such an urge to contact you earlier this month.

I don’t always know the ends and outs of why God has me to write some posts.  But what I do know is that He has a reason.

A Tiny Kitten With A Big Mouth
By
Eliza D. Ankum

South Suburban Family Shelter (SSFS) provides caring and confidential help to victims of domestic violence. Our professional counselors and advocates understand the dynamics of domestic violence and help clients identify and choose options in their life situations.
All services are free of charge for victims and are available in English and Spanish.
P.O. Box 937
Homewood, IL 60430
708-794-2140
info@ssfs1.org 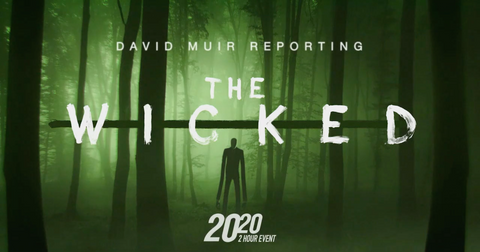 I have, about an hour ago, finished watching The Wicked by David Muir for 20/20 on ABC.

I had wanted to watch The Wicked because I had an inkling that there was something more behind the stabbing of Payton Leutner, than just the Slender Man myth.  And I was right. END_OF_DOCUMENT_TOKEN_TO_BE_REPLACED

Some of you Maywood, Illinois residents may have noticed that it has been a little quieter on my street lately.  That’s because I have seriously grown tired of the screaming, yelling, and stalking done to me by a family of psychopaths and the unwillingness of the Maywood Police to do anything about it.  So, I wrote the following letter.  END_OF_DOCUMENT_TOKEN_TO_BE_REPLACED

I must have hit a nerve in my latest efforts to put an end to my stalking situation because the psychic family stalking me nearly killed me this morning.

Why?  Because I have begun a letter writing campaign, to all Illinois politicians in my district, after overhearing Kimberly Lightford telling JB Pritzker (when he was on a campaign visit to Proviso Missionary Baptist Church and  the stalkers put on one of their screaming episodes, in front of him, in the Church) that my public humiliation/stalking was still going on because I was being uncooperative with the police.  Nothing could be farther from the truth.  See, The Story of Five Police Chiefs.

The first letter in my new letter writing campaign went out on Monday to Kim Foxx, the Cook County States Attorney.   I have been emailing Lisa Madison, the Illinois States’ Attorney for over a year with no results.

The headache began on Wednesday night.  It was bad, to the point that I had to lay down.  But by this morning, it was to the point that my vision which is already bad due to another attach by the stalkers, became worse, and I was nauseated and barely able to stand to get to the bathroom.  To me, this is assault!  It’s no different from someone walking up to me and hitting me upside the head with a lead pipe.   Hurt is still hurt.

But, I’ve made up my mind to tell the truth.  I know that if I live another five or six years, it will only be by the grace of God.  So I have nothing to lose by telling the truth.  And I have come to realize that without someone strong enough to stand up and tell the truth that there will never be any laws put upon these people.  And they will go on to contaminate, intimidate, and terrorize other people.

I also know that:

A Woman’s Voice: A Little Book of Poems
STALKED! By Voices

I know most of you thought I’d immediately jump on my keyboard and dash off an impassioned plea for gun control after the attempted school shooting here in Illinois on Wednesday and the horrible actual school shooting on Friday in Texas. END_OF_DOCUMENT_TOKEN_TO_BE_REPLACED

Genesis 2:8  “Now the LORD God had planted a garden in the east, in Eden, and there he put the man he had formed ….

I want you to stop this Mother’s Day weekend and think about something the old folks thought about that I have never heard a person of the generation younger than mine say.

If Earth be that garden then we are living in a garden.  Most people don’t live in their gardens.  They live in their houses.   What then must God’s house look like?

And if you were God and looked out your house’s window and saw all the animals of the garden fighting, bullying, stalking, and humiliating one another, would you invite them into your house?

If you want to know if there’s a God,

STOP KILLING EACH OTHER!

We’re never going to get into the house this way.  Eden = nede!

Why do you think he placed us in need?

PS.  Grey’s writers.  I didn’t miss the ‘Big Mouth’ comment on Thursday’s show.  You keep writing and so will I.  Thank you.

A Tiny Kitten With A Big Mouth
https://mystalkingblog.wordpress.com

The other day, I caught an episode of the Dr. Phil Show wherein, he was speaking with some of the survivors of the Las Vegas shooting.  All of the people he spoke with had been shot and were in the hospital.  END_OF_DOCUMENT_TOKEN_TO_BE_REPLACED